Now I finally feel the tension, like who was asked to create the statue of Freddie Mercury, about to translate a star who wrote the history in art.

Minecraft is something similar.

The most popular sandbox videogame ever, played by dozen of million players in dozen of game modes.

“What if the Minecraft characters played soccer?”

On one side, the good mobs. On the other side, the bad guys.

You never quit Minecraft. You just take a break. 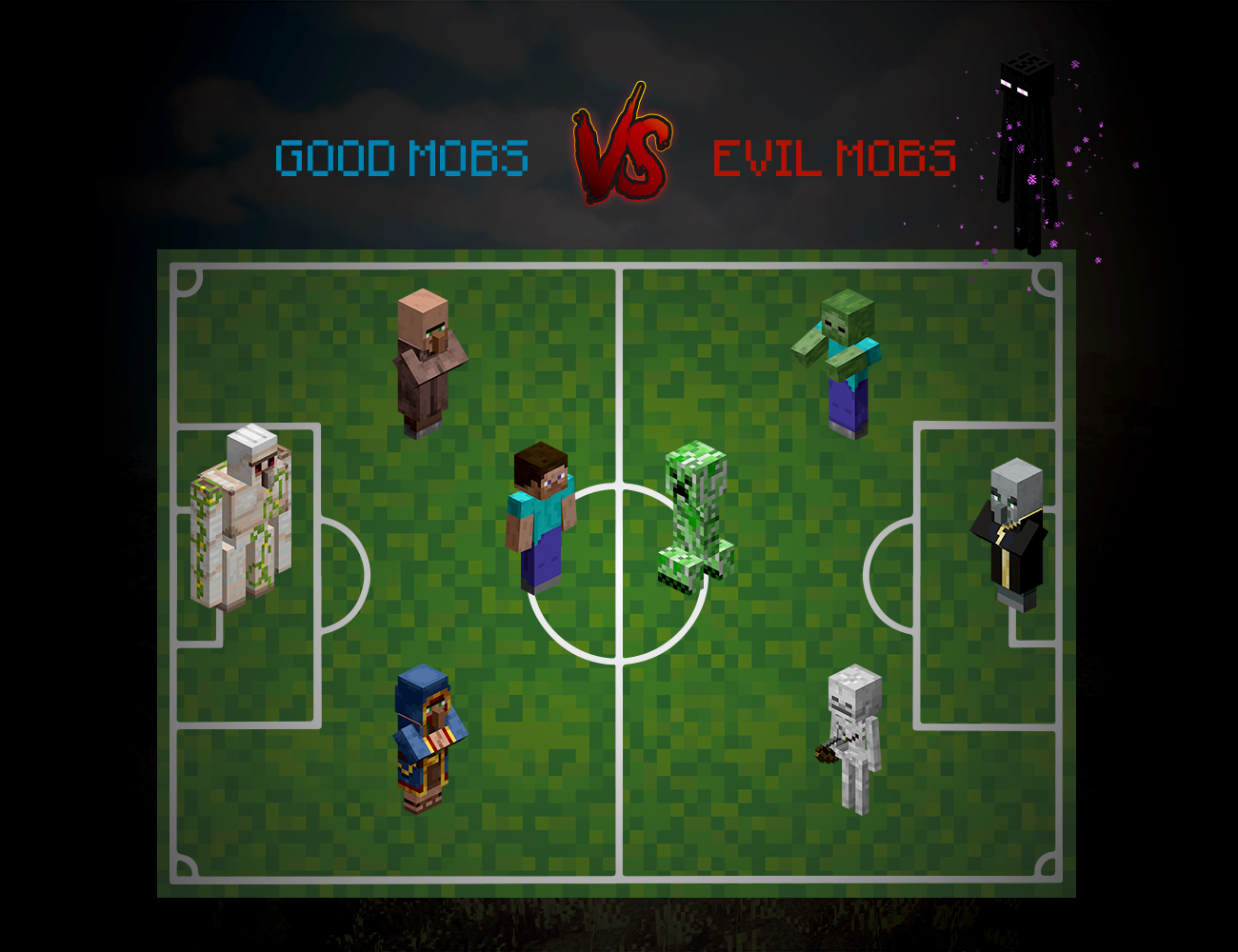 I’ve played many thriller games in my life, without any reaction.

From Alone in the Dark (since 1992) to Doom, Resident Evil, Silent Hill, and BioShock.

And yet, the creepy sounds made by the Minecraft mobs are the only thing that scares the hell, like nothing else.

The anxiety of finding a Creeper behind my shoulders keeps me awake every night.

It’s the day of the special Beyond Soccer for the pineal gland: what do the Minecraft mobs wear if they played soccer? 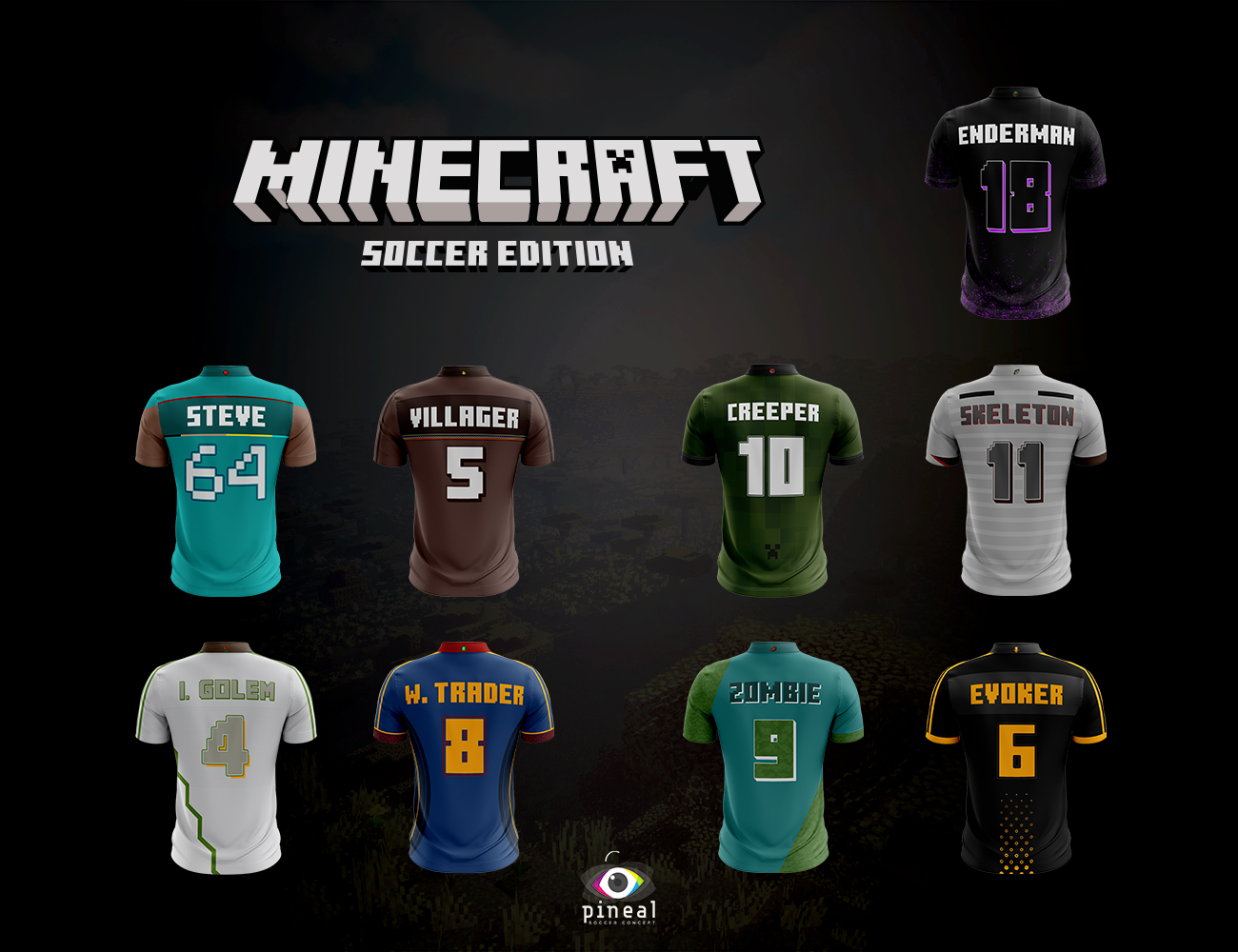 The first time I met him, I suddenly fled away.

He’s going to smash my head, I thought.

Then he gave me a poppy and we became friends.

As a goalkeeper, the best defense ever. 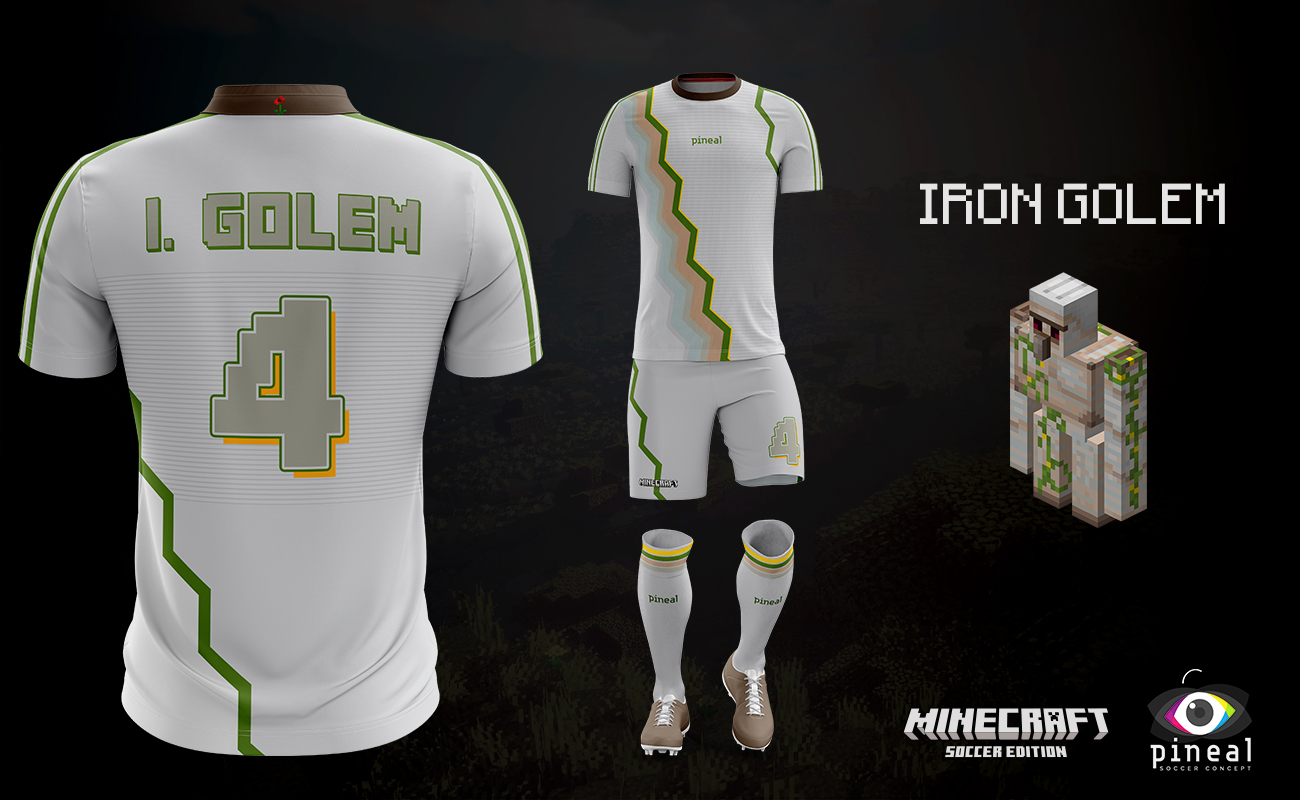 Traders are chasing me also in the most remote desert spot.

He tries to sell me anything, under the threat of his two llamas. 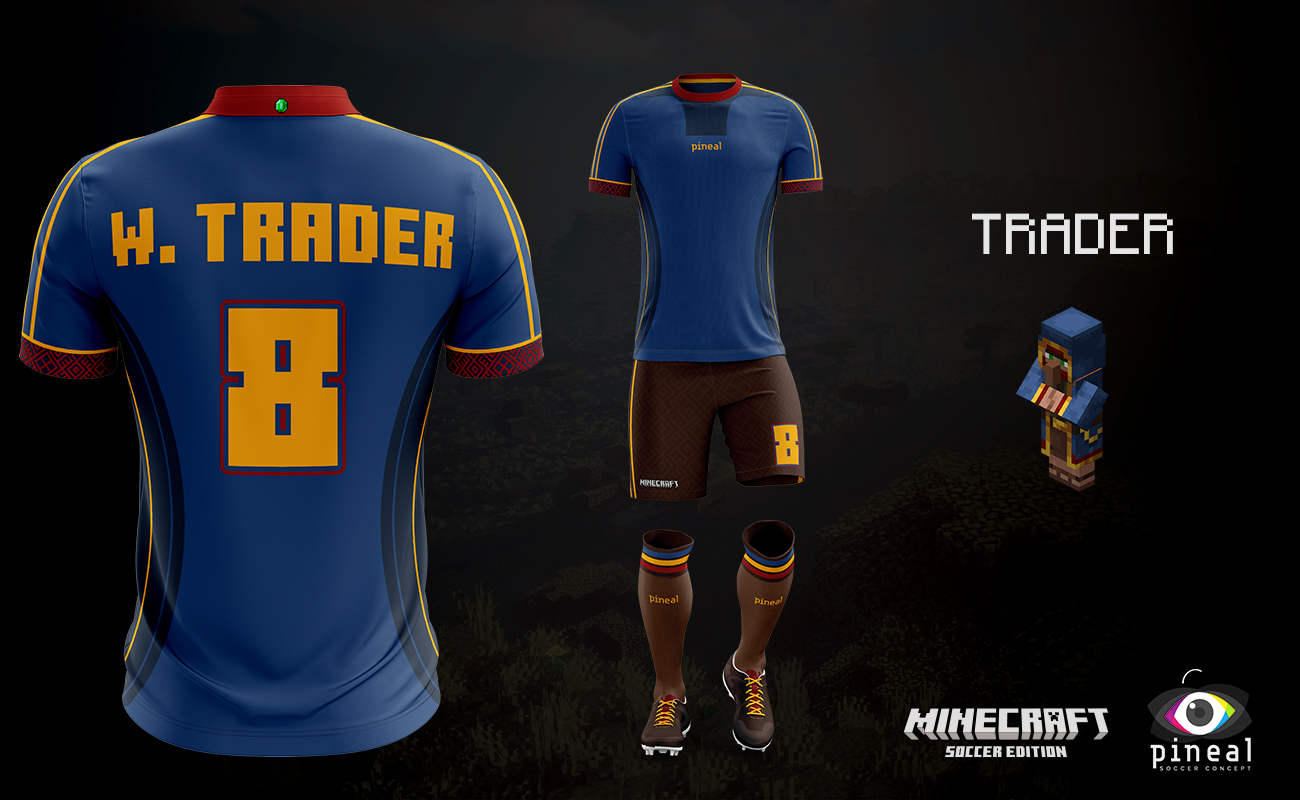 One of the most annoying nasal voice in history.

Anyway, the peaceful habitant of the village is keen to talk about anything, forging armors, watermelon cultivation, gin brewing and the best 5 ways to use andesite. 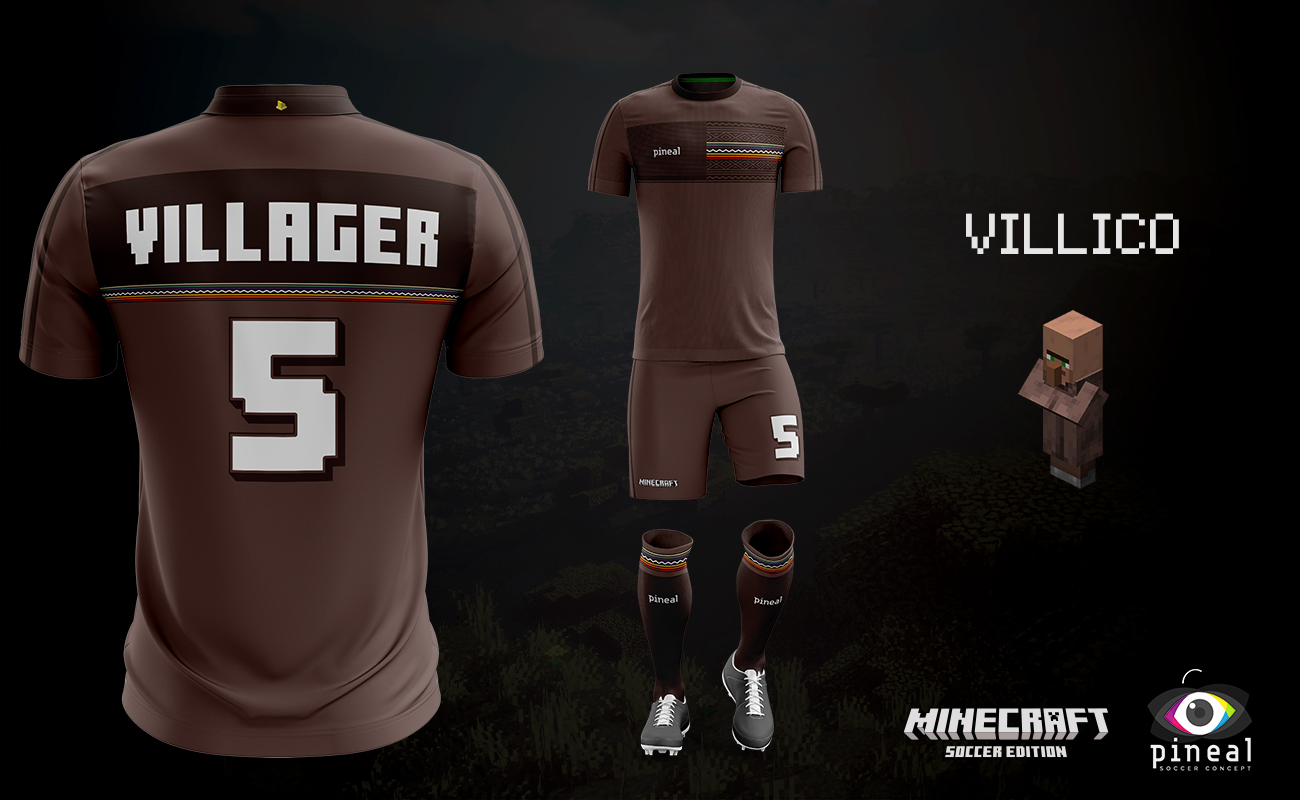 Spawned in the middle of nowhere, he must put apart his sophisticated Java e C++ skills and get busy with stone pickaxes, axes, raw meat, and fishing poles. 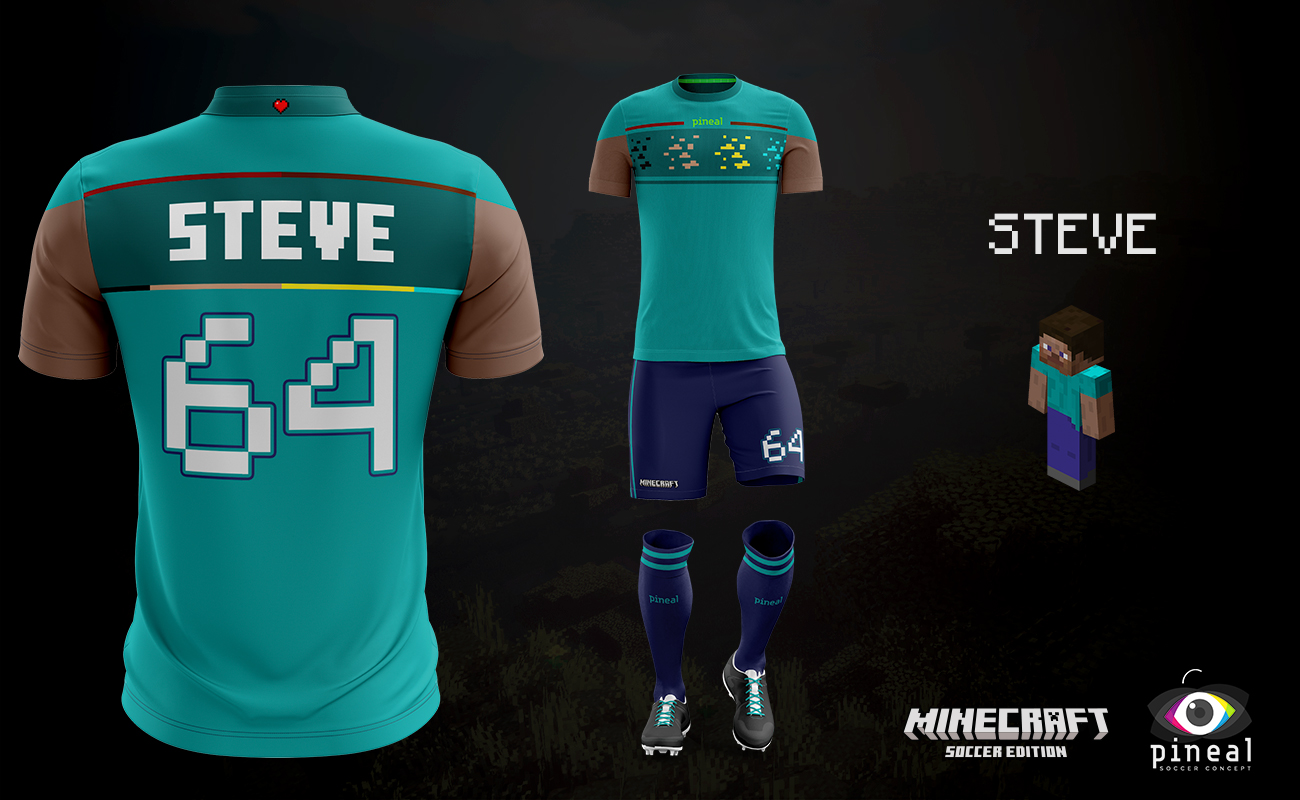 The reason of my tachycardia.

Mean guys which sneak up, whisper something terrifying in your ears and blow up the house you built wit hard work. 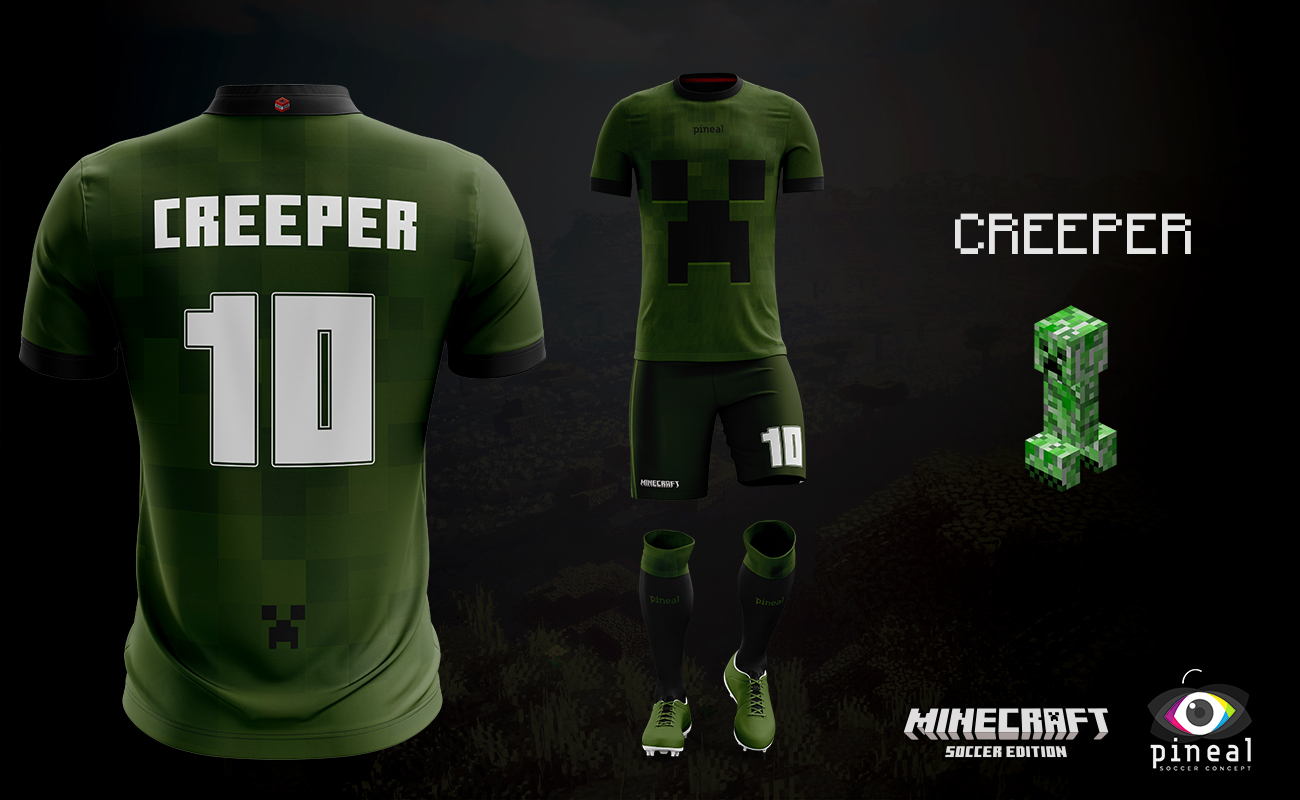 Mobs with a very good aim, they challenge you from a great distance, as perfect cowards.

Once you’ve killed them, you can do whatever you want with their bones. You can fertilize your carrots or you can make a perfect Milanese risotto.

I hear their creepy sounds coming from anywhere.

And the fact that they are dressed like me it’s quite distressing. 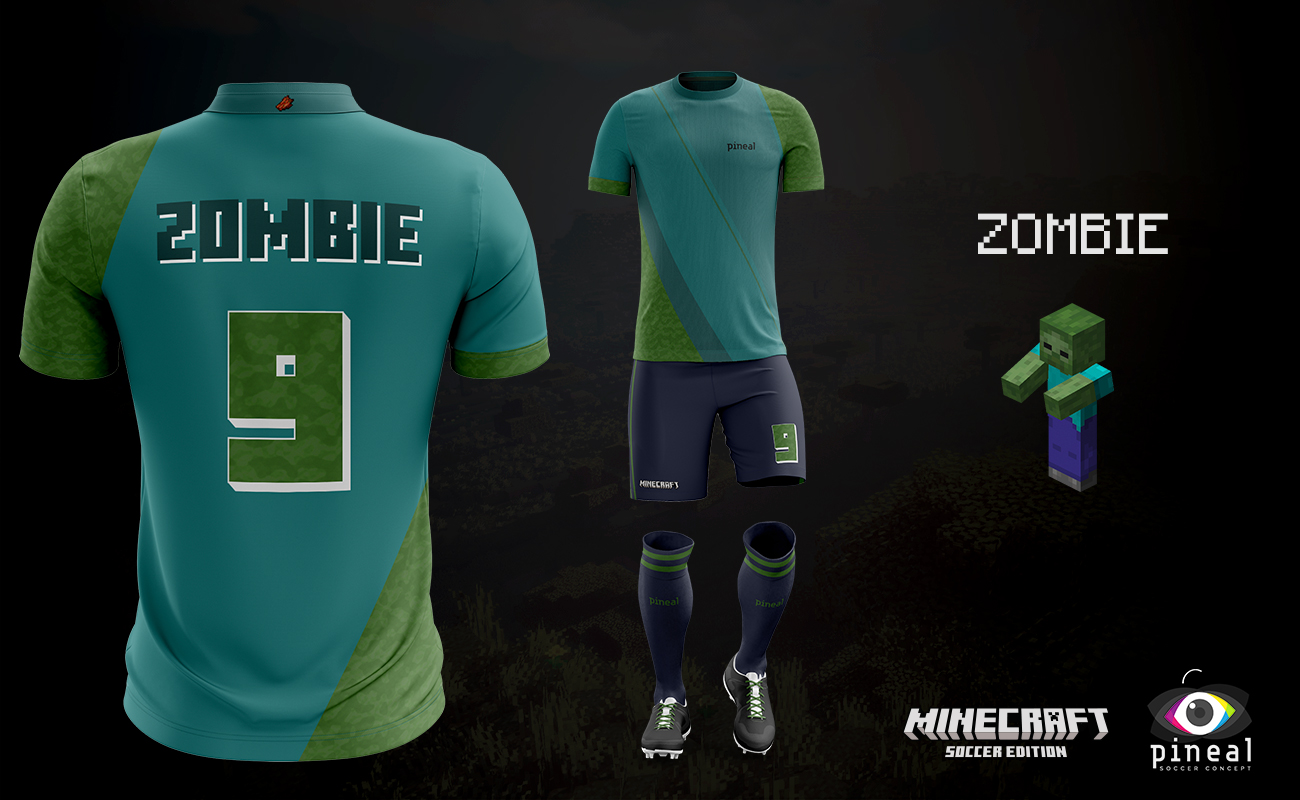 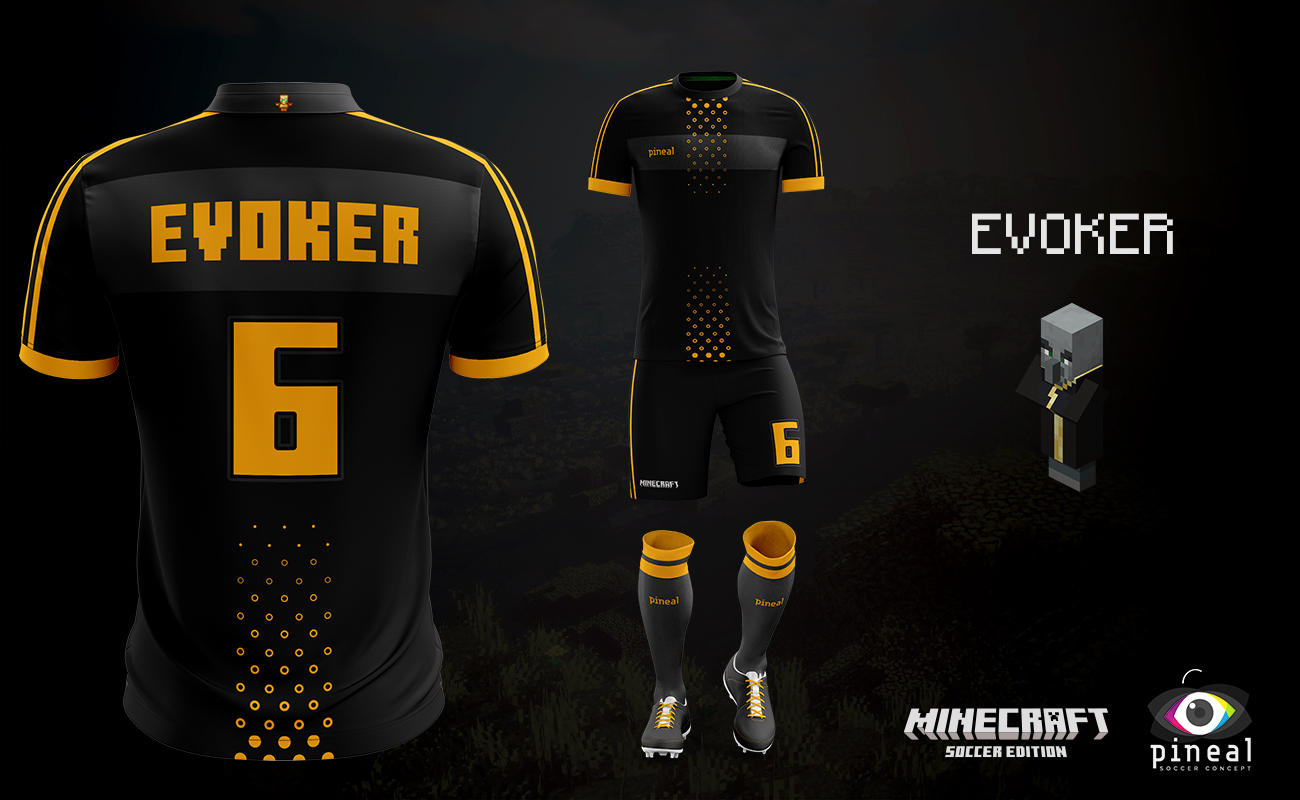 And yet, you can easily avoid troubles with him as long as you observe two simple rules.

Don’t look him into his eyes and don’t bother him. 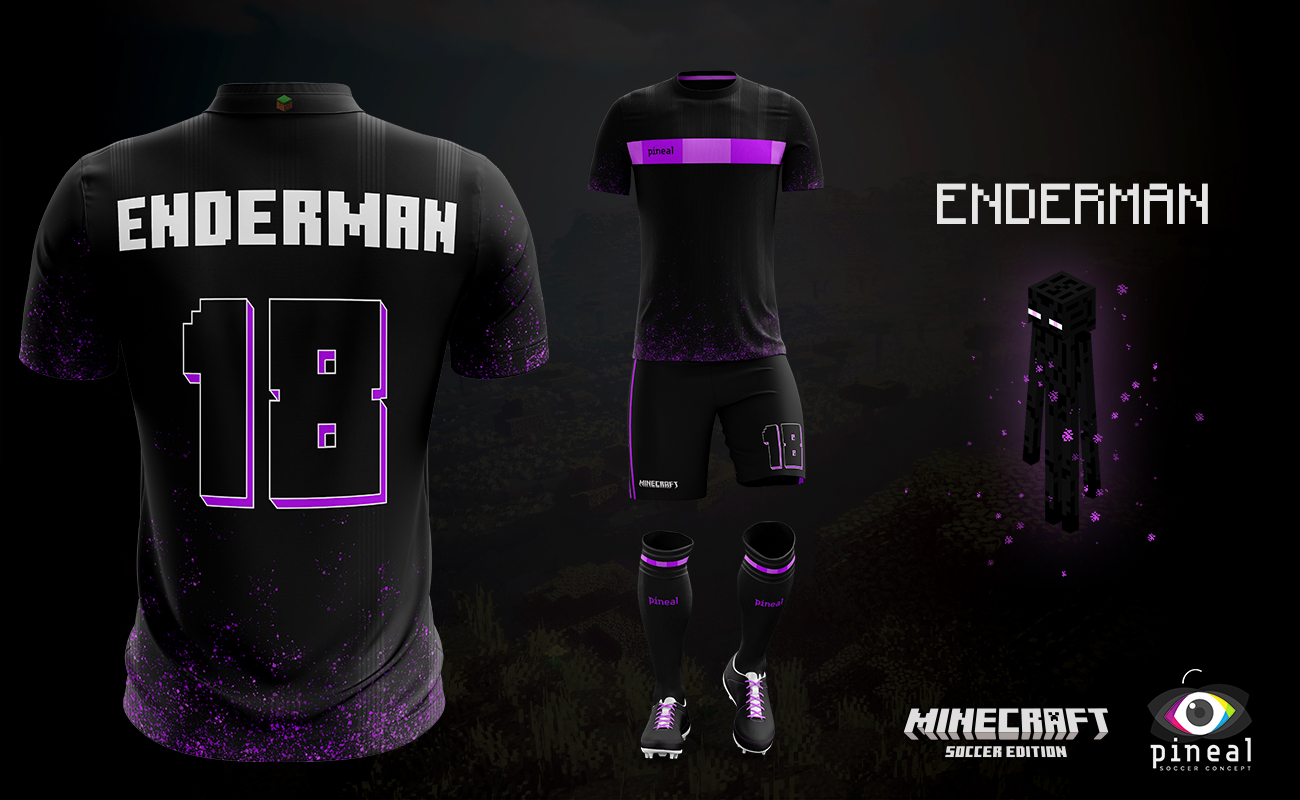 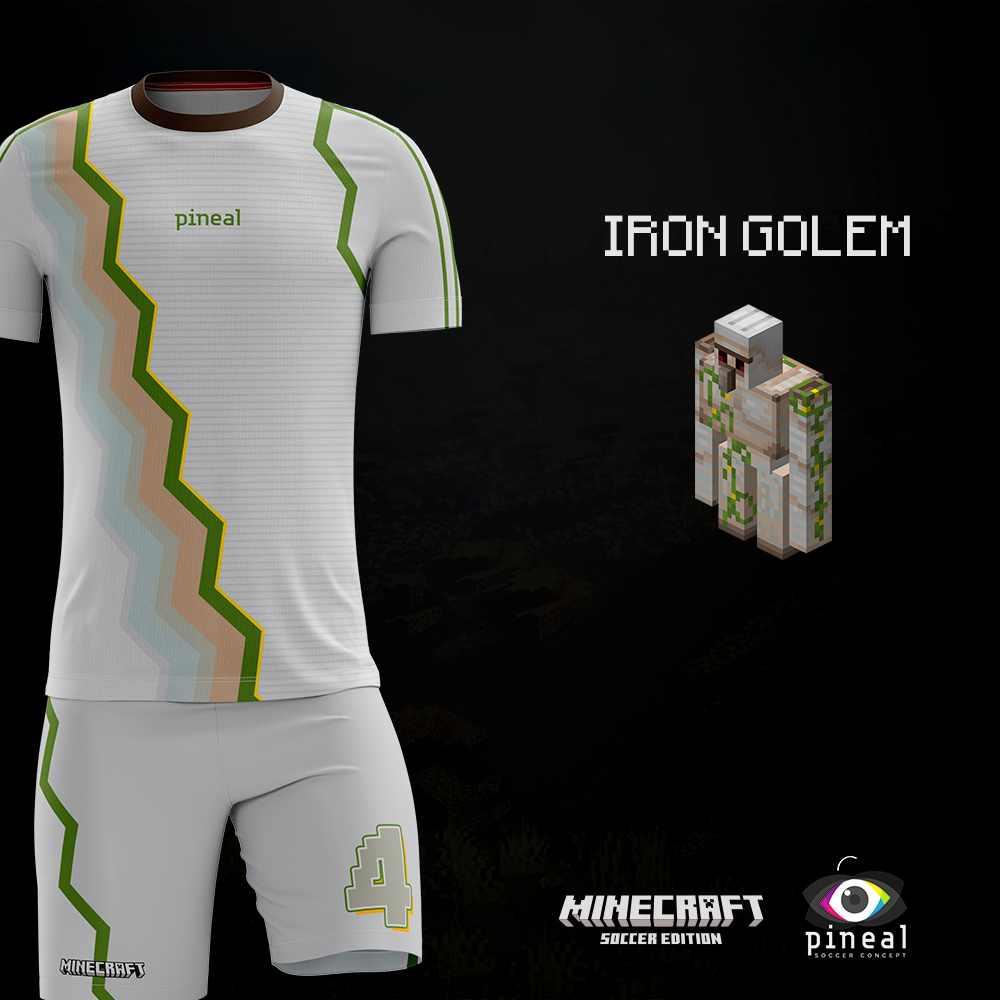 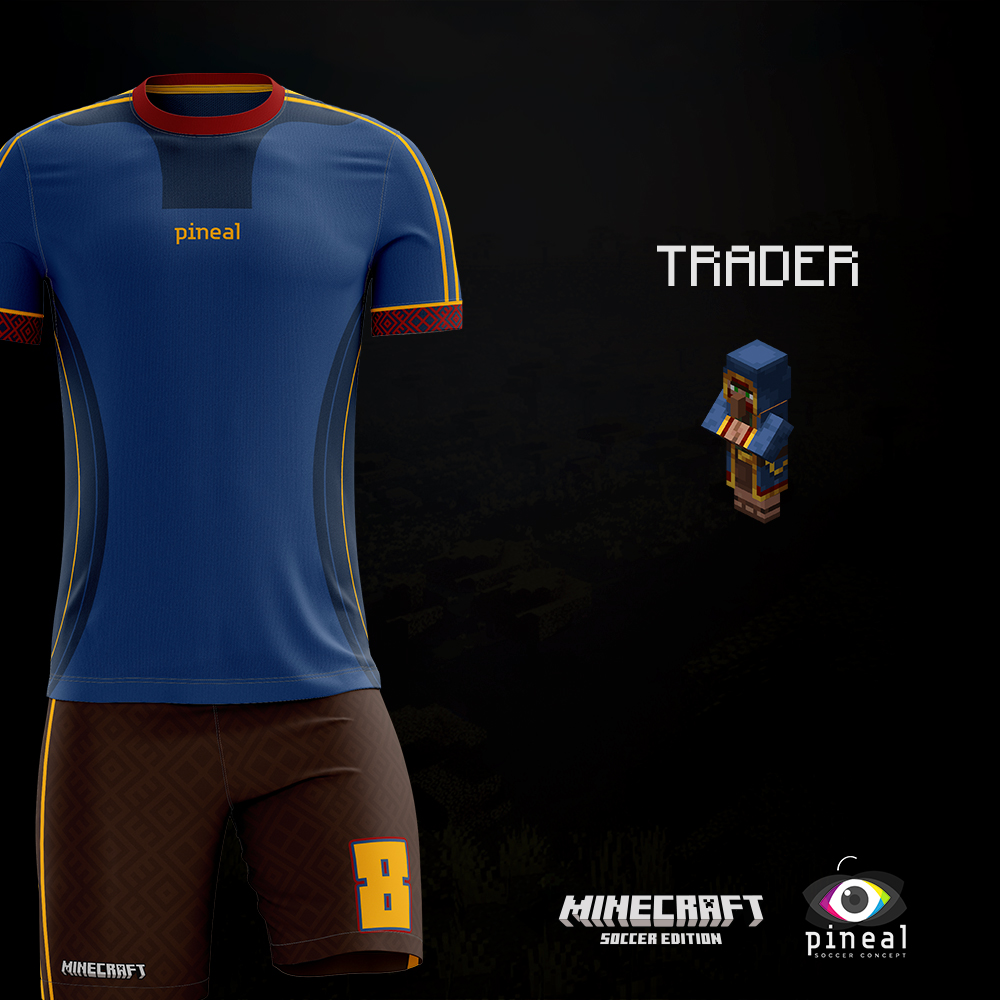 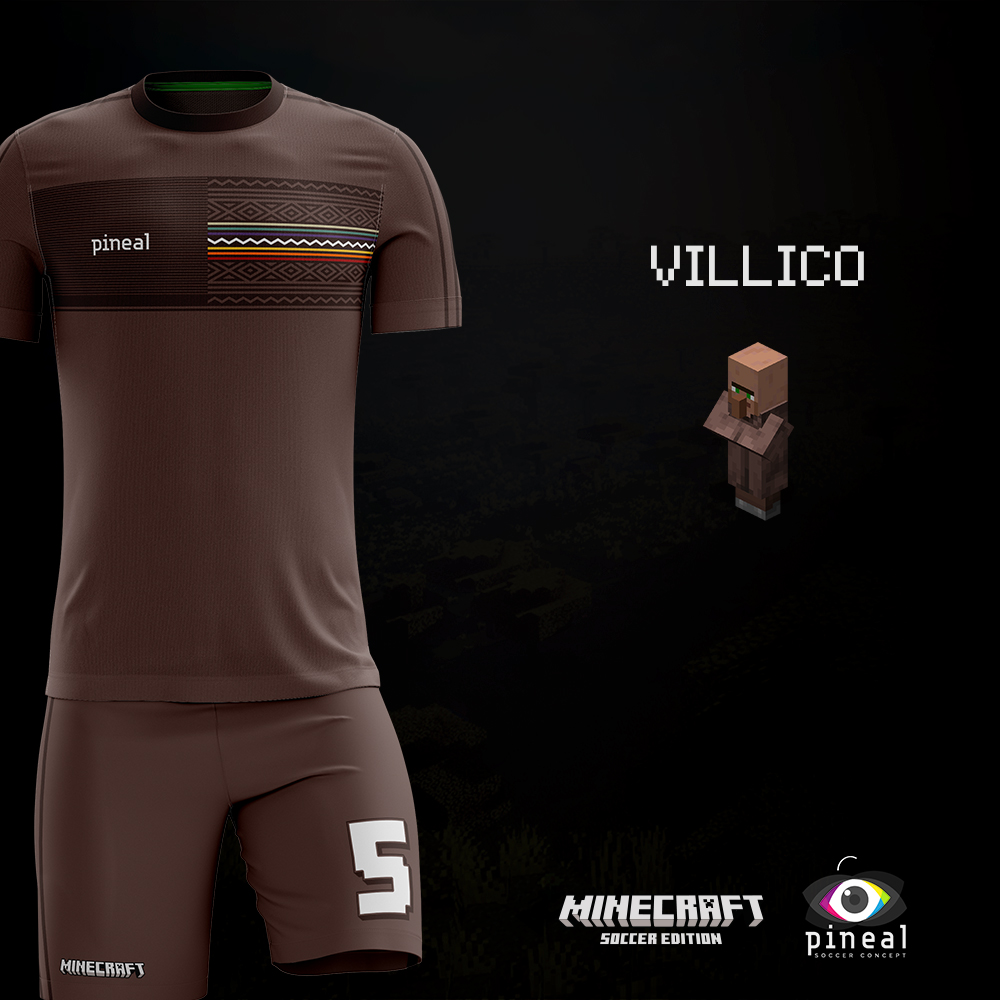 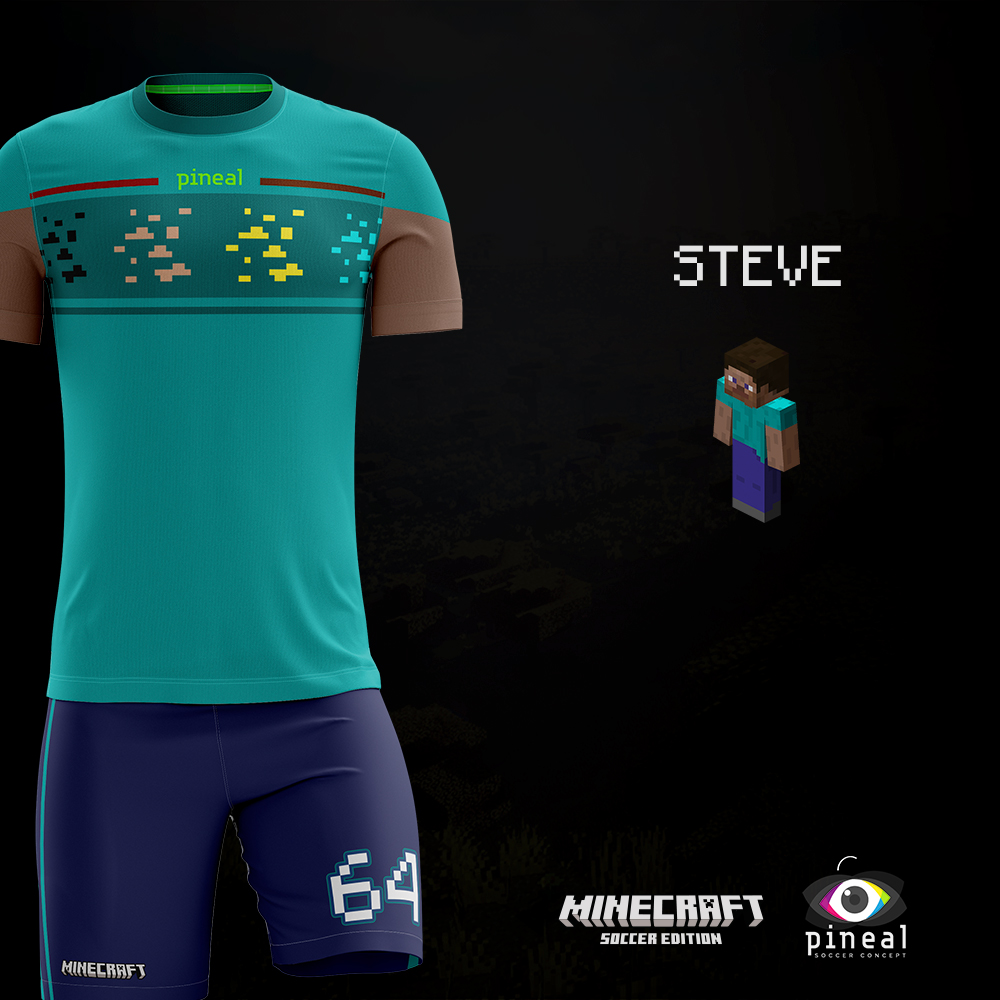 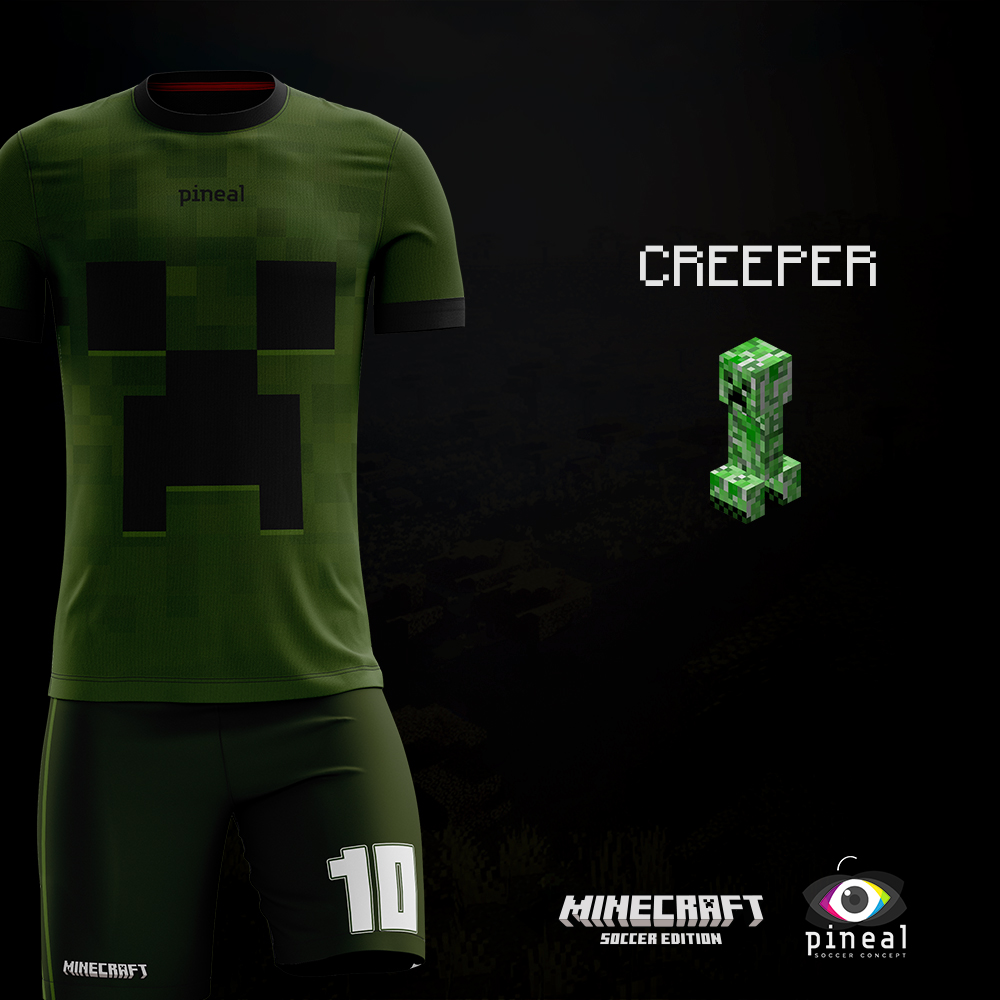 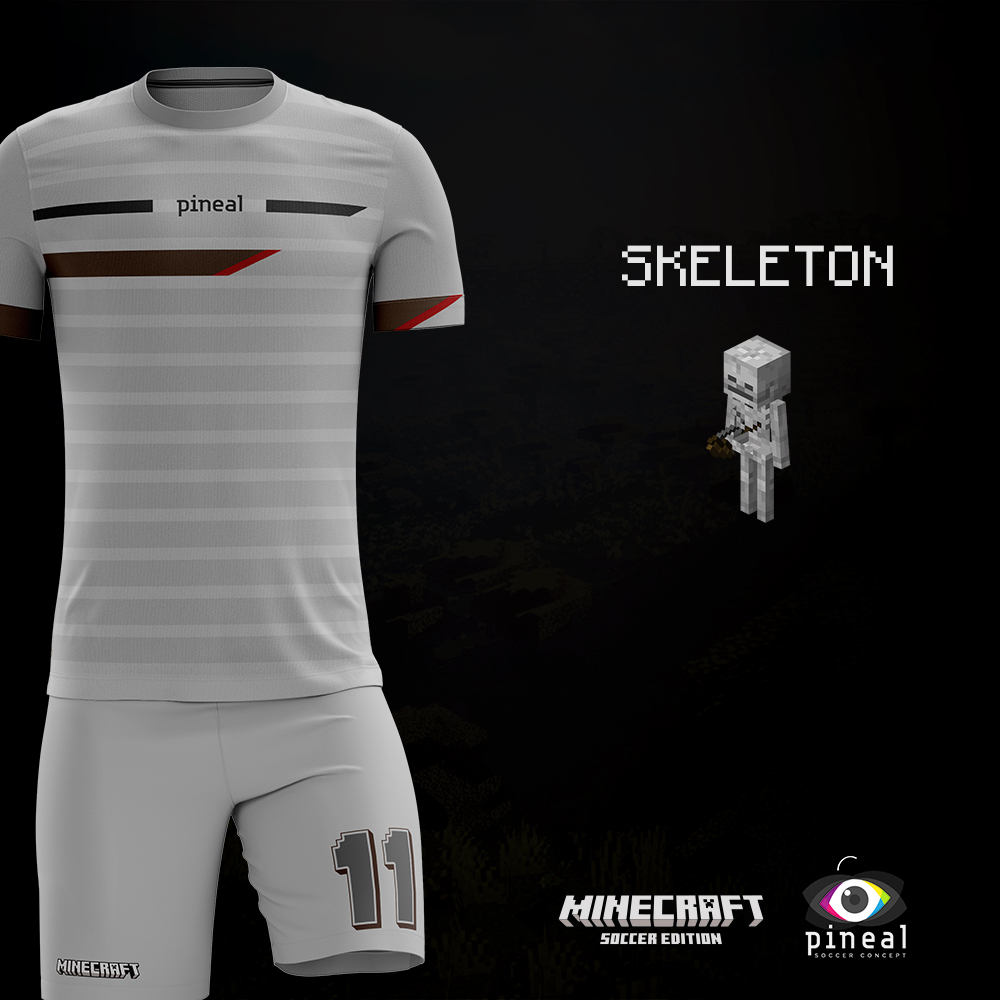 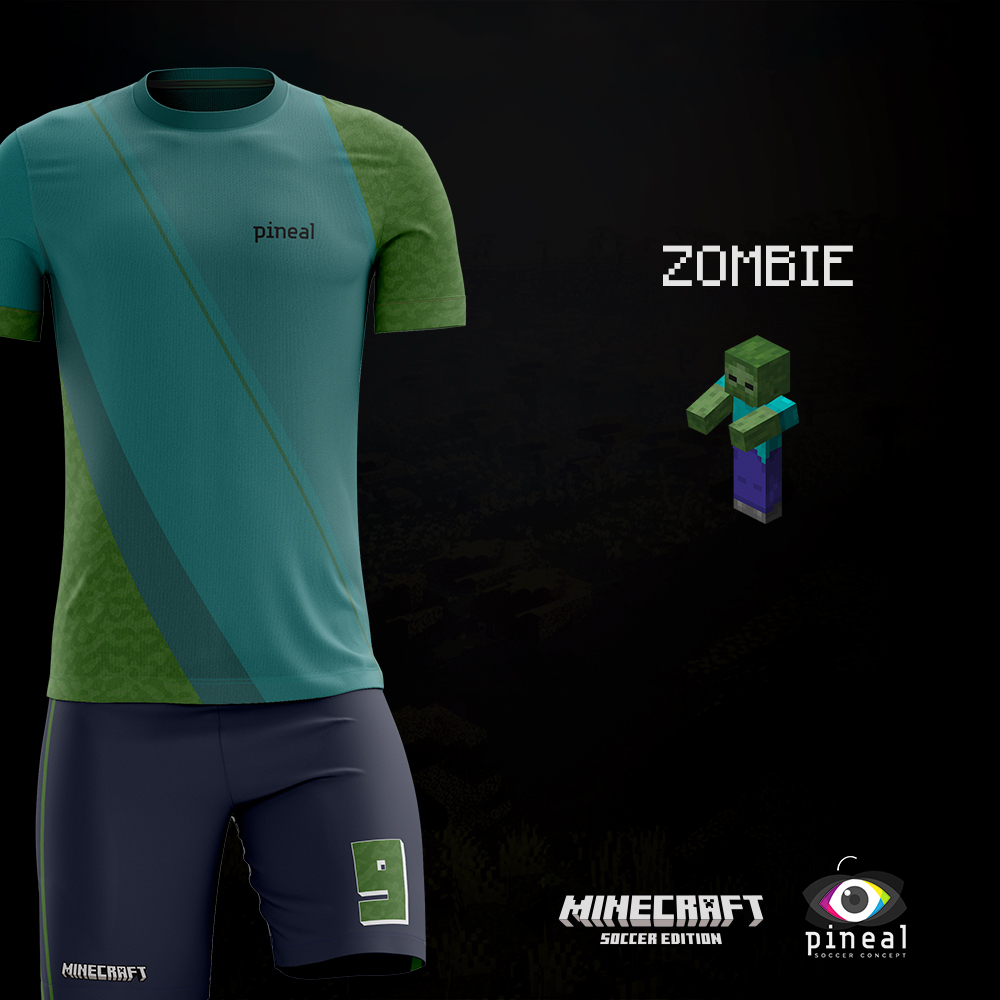 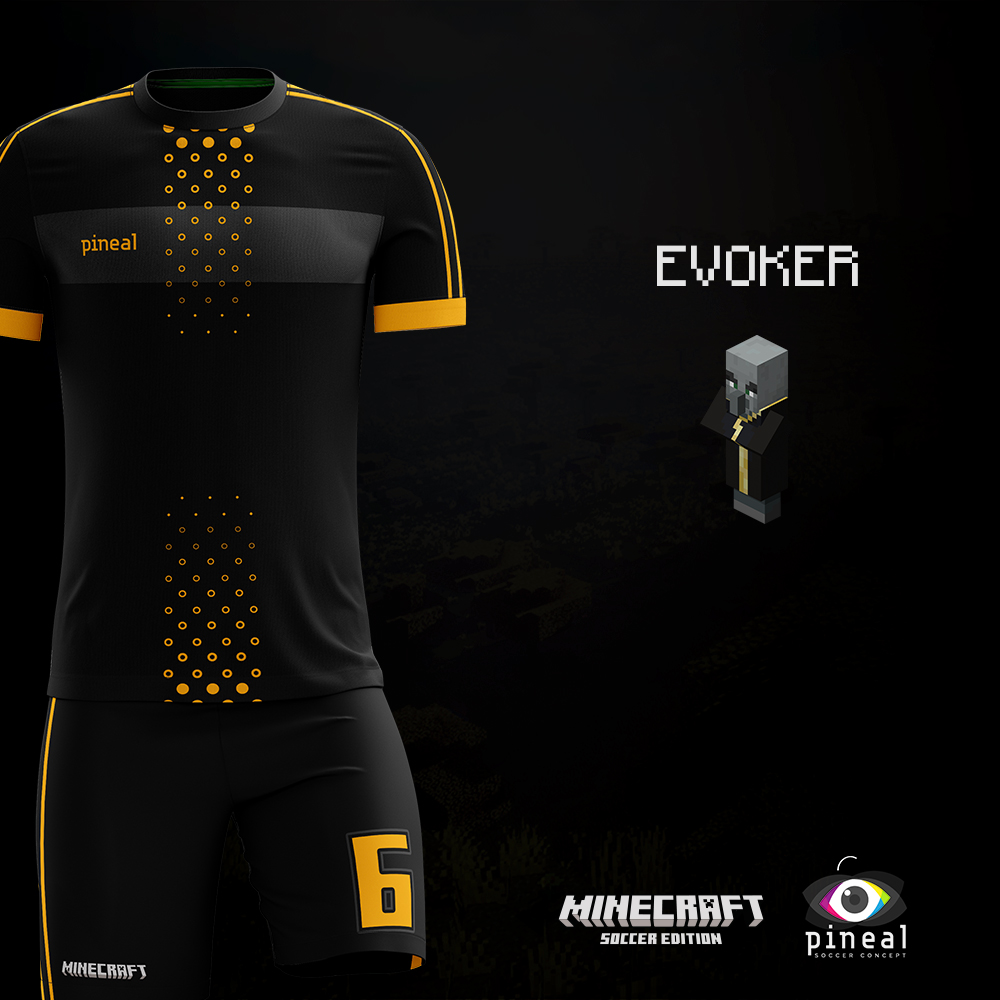 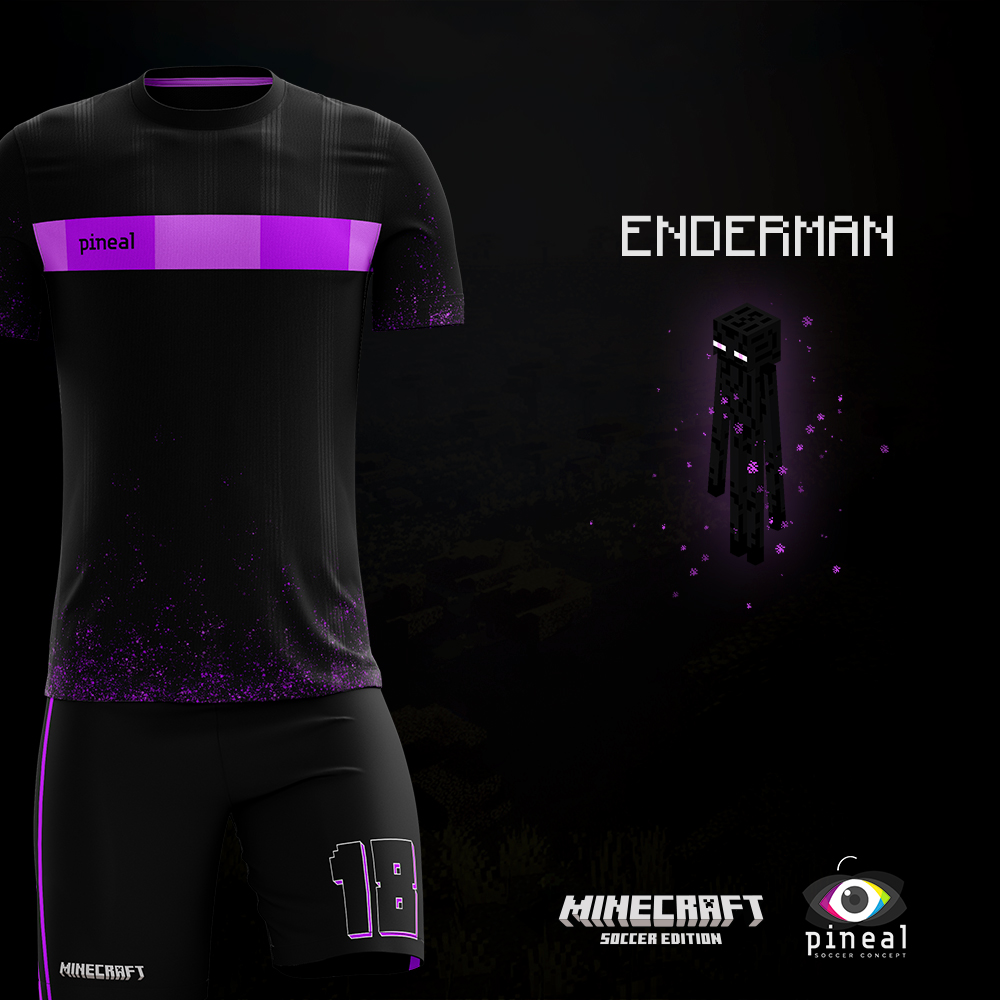 What do you think about the Pineal ideas for this wonderful videogame?